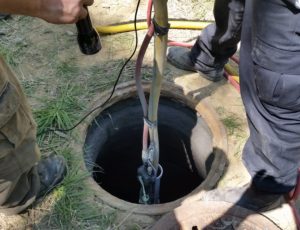 Could you imagine, for a moment, enjoying your blueberry pancakes at your local IHOP and suddenly seeing half of the cars get swallowed up by the parking lot?  This is exactly what happened at a local IHOP in Meridian, Mississippi on Monday, November 9th, where 12 cars were swallowed up by a 30ft wide by 600ft long trench.

The parking lot collapse appears to have been caused by the failure of an old culvert that existed below the parking lot and located in front of the restaurant, making those upfront parking spaces not as much of a luxury as they might have appeared!

Below is a video by CNN discussing the event with Patrick Abbott, Professor of Geology at San Diego State University.   Professor Abbott speculates that the failure was likely caused by an old drainage culvert or pipe that had failed due to age, loose support soils and excessive weight on top…