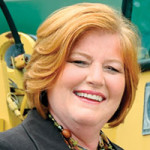 URETEK Holdings’ CEO, Kathleen Shanahan was recently mentioned in the Tampa Tribune regarding her role on the Executive Committee of the Tampa Bay Host Committee for the 2012 Republican National Convention in Tampa, Florida.  The article’s focus was on the economic impact of the RNC in the Tampa Bay region and the Host Committee’s role.  The editorial can be found here and below:

The RNC’s ‘full and meaningful’ impact

During the runup to the 2012 Republican National Convention in Tampa, naysayers derided the inconvenience and expense of the massive event.

They should have a different view now.

Thanks to the rigorous work and fiscal diligence of the RNC Host Committee, the convention was a resounding success.

This contrasts to the fiscal woes of the 2012 Democratic National Convention in Charlotte.

Tampa’s Host Committee ended up with a $3 million surplus.

RNC donors then added another $2 million in contributions, so the host committee now will be able to give $5 million to more than 80 local nonprofits, including the Boys and Girls Clubs of Tampa, the Crisis Center, Trinity Cafe, All Children’s Hospital and the Florida Aquarium.

It is a remarkable achievement that honors the legacy of Al Austin, who died in May. Austin fought to bring the RNC to Tampa for many years.

But many others were intensely involved in this success story, and Host Committee CEO Ken Jones and all those involved in raising money and planning for the RNC merit the community’s gratitude.

The event was executed seamlessly, and a study conducted last year found it had a regional economic impact of $404 million.

And now local nonprofits are benefiting from all that hard work, attention to detail and financial generosity.

Kathleen Shanahan, an executive board member of the Host Committee, says its focus from the onset was to have a “full and meaningful community impact.”

It achieved that and then some.