URETEK recently had the opportunity to illustrate the  in-situ stabilization of soils through injection using the URETEK 486Star structural polymer.  The demonstration was conducted for the Pennsylvania Department of Transportation at Pennsylvania State University. 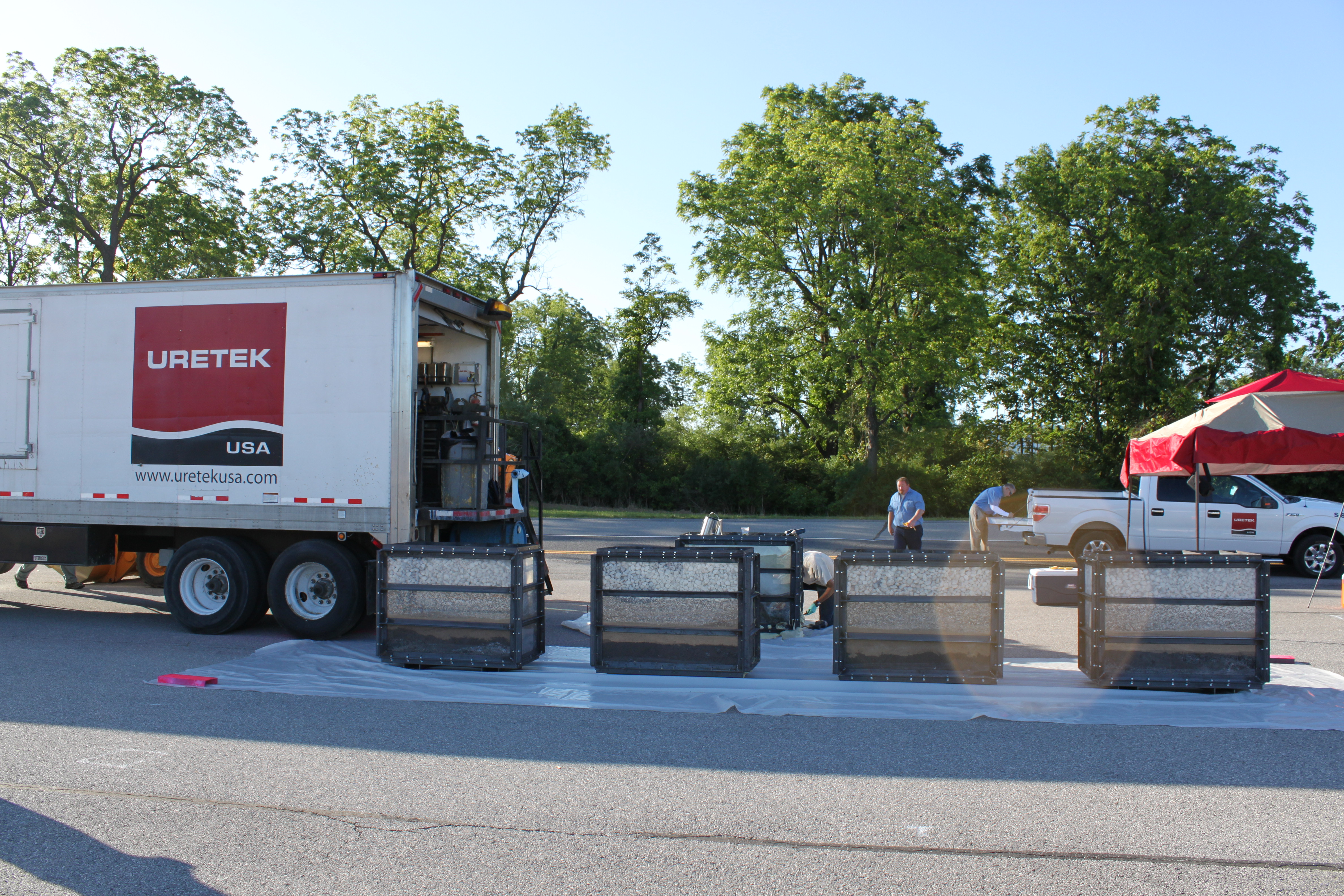 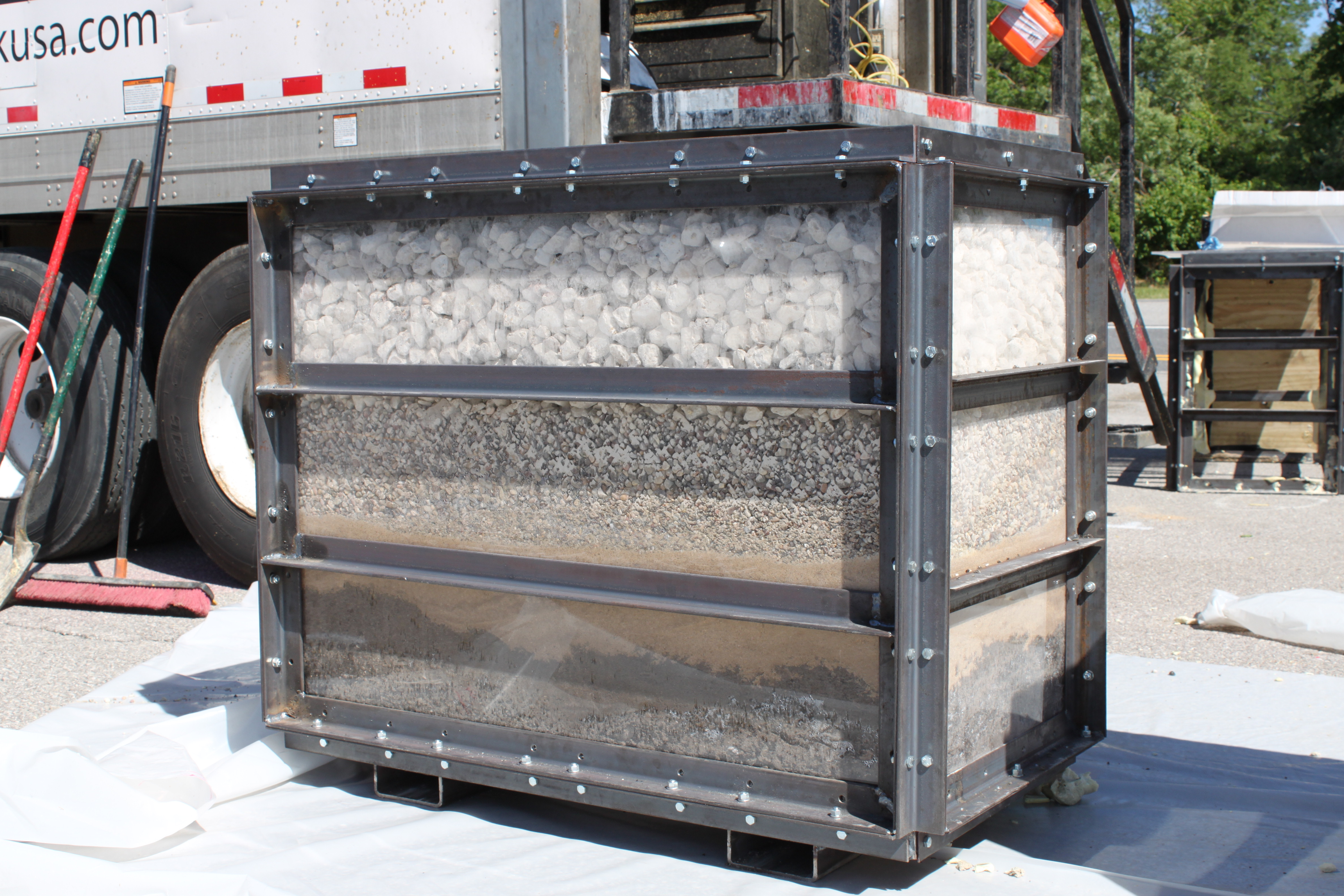 Next, each box was filled with various untreated soils.  The first level was 9″ of silty sub-grade mixed with RAP.  The second level was 6″ of medium sand, the third level was river run aggregate (.375″ to .75″ diameter) and the top level was 2″ of limestone aggregate.  Each soil layer was rained in from approximately 3 feet height and there was no additional compaction. 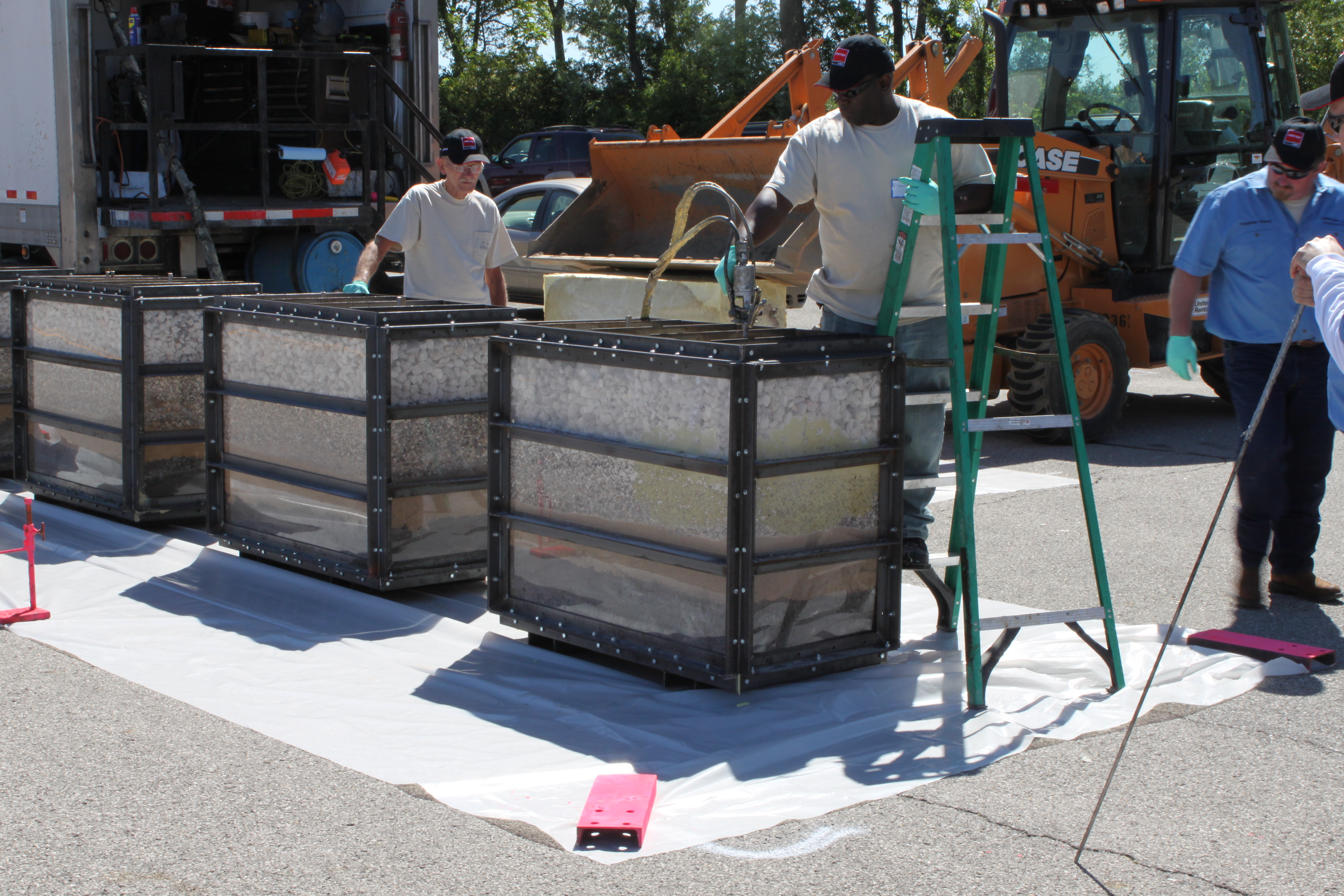 Next, the URETEK team injected each box with approximately 150 pounds  of the URETEK 486Star 4-PCF FR. 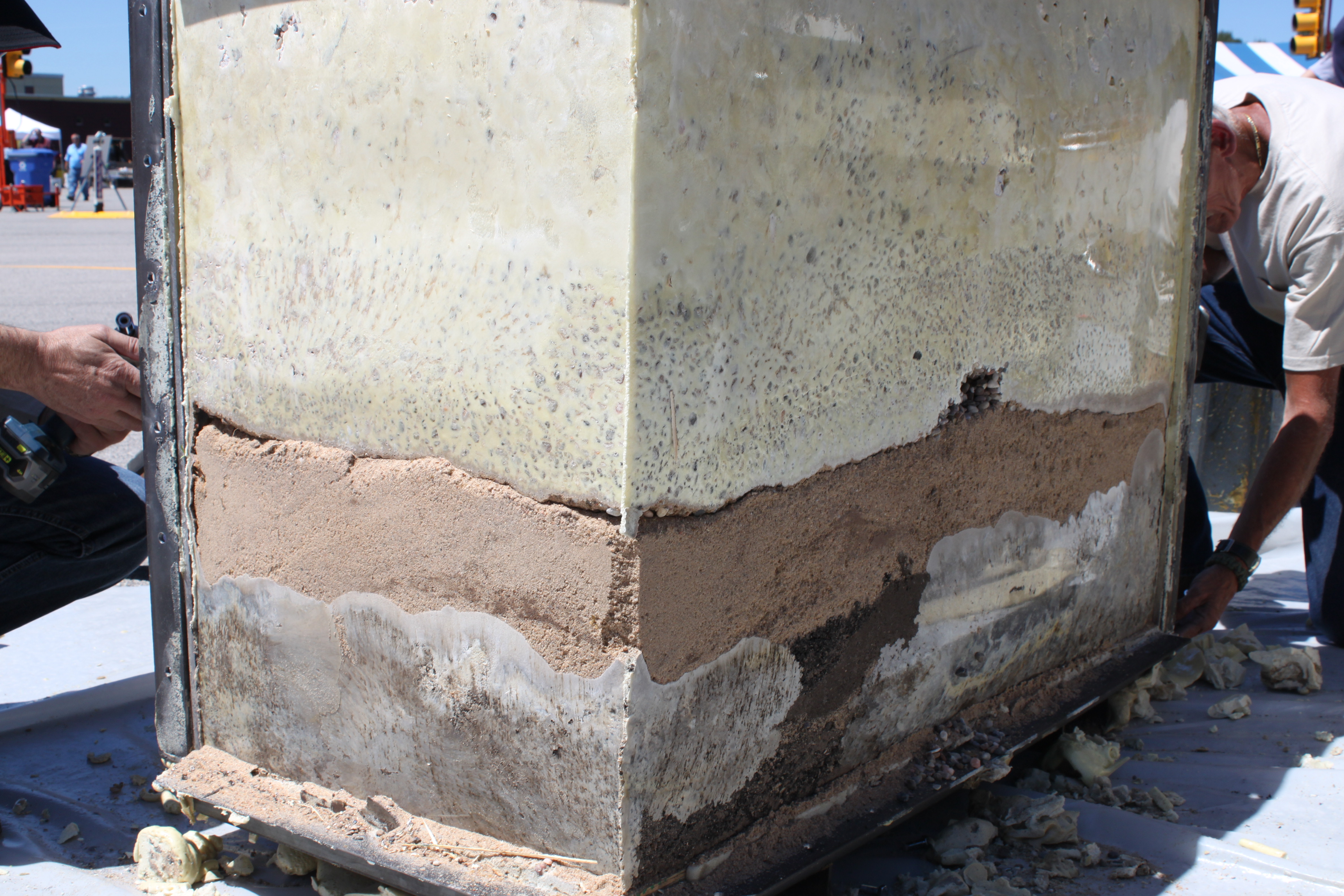 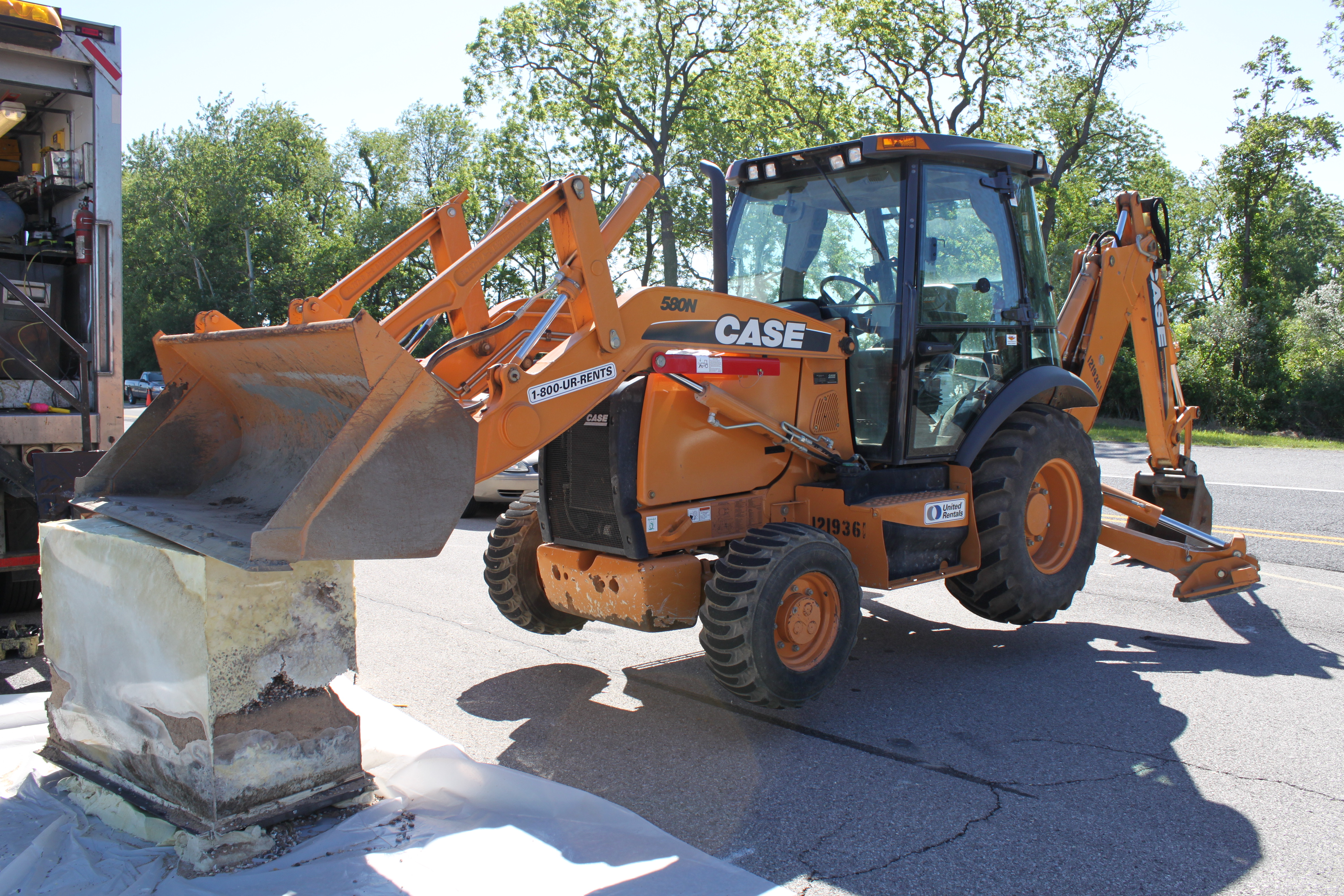